ASCON Group, the leading Russian developer of high-performance CAD/AEC/PLM systems, is pleased to announce the English language release of KOMPAS-3D V18 for mechanical engineers. This computer-aided design program for professionals is distinguished by speedier processes, multiple productivity improvements, and brand-new functions. Highlights of the new KOMPAS-3D V18 include the following:

Toolbars have been combined into ribbon-like sets, with each set designed for specific tasks. As you switch between different types of documents, the sets change dynamically. Users can work in traditional light mode or the new dark theme (see figure 1).

We added more languages, so that users can run KOMPAS-3D in English, Turkish, and Korean. 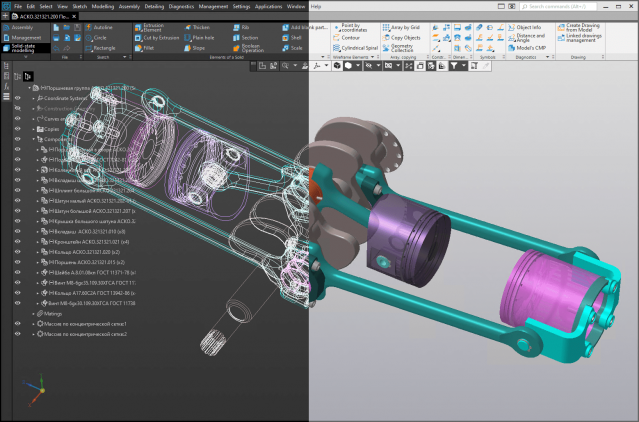 We rewrote KOMPAS-3D's internal algorithms to improve performances. The result is that many tasks are now accelerated, such as working with three-dimensional models (see figure 2), creating and updating associative views (see figures 3 and 4), displaying the user interface and work windows, more. The updated system is now the fastest version ever of KOMPAS-3D. 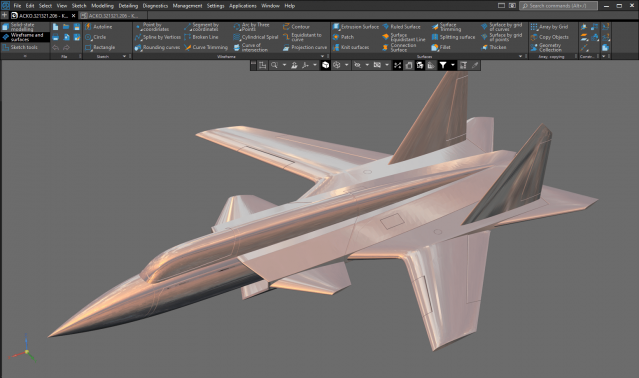 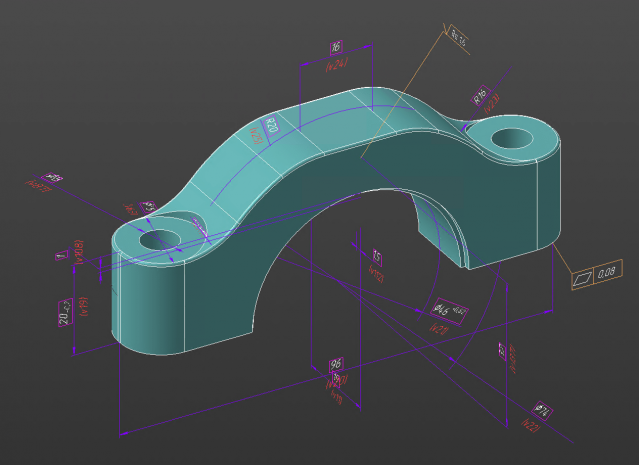 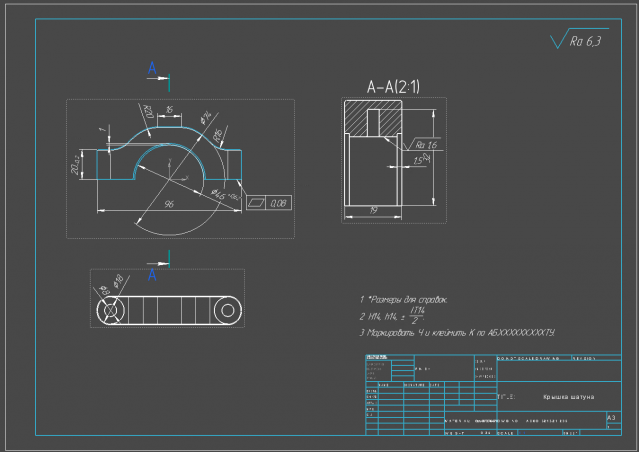 Users can now insert components into assemblies that are mirrored (see figure 5).

KOMPAS-3D is better at working with sheet metal with the new functions that we added, and we improved the way that fillets are constructed.